What is TLC doing?

Cake Boss is back for Season 2.

It’s an Ace of Cakes copycat effort, but the effort is lacking.

Shall we compare the two?

Cake Boss is to Ace of Cakes as… a high school, hand-held camera version of Scarface is to the collector’s edition DVD of The Godfather.

In short, this Cake Boss show ain’t got no class.

Mama is the boss, and “Sonny” there (yes, his character is “Buddy,” but he’s just a mama’s boy), well, he is bully who tries to lord it over the other workers when Mama ain’t around.

This past Monday night, Season 2 kicked off. Ready for what happened in the first episode? Get-ta load-a this!

Some poor kid in the kitchen drops a big (ugly) cake down a flight of stairs. Buddy, I swear, it was an accident! No way, not to Sonny there: this kid’s gotta pay! For reasons clear only to a TV producer, Sonny enlists a hot-looking chick to get this poor kid to stand out in back of the shop. That way, Sonny and a henchman can dump a bucket of bright-red food gunk on the kid’s head from the rooftop. Hey, get a load of him: ha-ha-ha! Then Mama comes shows up, all mad and all, and yells at Sonny boy. You better remember who’s the boss around here! Sonny gets his keester kicked in front of all the guys. Ba-ba-boom! 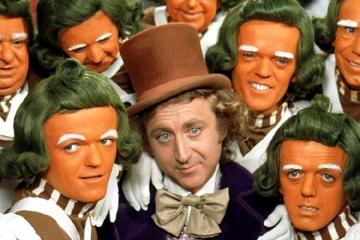 Maybe some TLC executives decided there was still time to try to cash in on The Sopranos. If so, they forgot that the two most important ingredients that went into that gritty show were good story writers and good actors. All we get in Cake Boss is tooth-scraping grit and unlovable goons, with a dash of sadism. You might as well call the kitchen help “Goombah–Loompas”!

In the spectrum between intolerable political correctness and declasse racism, Cake Boss tends decidedly to the latter.

(Meantime, somebody, please, help: what is the hotline number for Italian-American defamation league?)