Just how powerful are blogs and online magazines?

Were blogs and online magazines to blame?

They certainly added to Gourmet‘s troubles.

Of course, Gourmet itself knew the power of blogs and online magazines. It is one of the magazines behind Epicurious.com, where any user can read articles, search for recipes (in Gourmet and other magazines), and catch up on gossip — online.

So… if you can’t beat online magazines, join them? — And still die! Surely one must wonder whether Epicurious.com itself helped kill Gourmet. Perhaps some Gourmet or other CondeNast executives familiar with financial figures will comment on this in the near future. 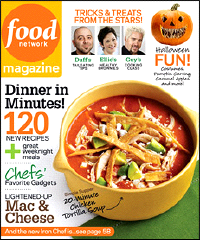 Meantime, the Food Network has taken another approach over the past two decades. It started in a non-print medium — Television — then went into Print with a no-brainer title, the Food Network Magazine. It also has its own substantial website and two years ago added its own online store (see previous article “Cooking.com Beefs Up Food Network Store“).

Recently, FN created its own fansite.

I Love Food Network Fansite provides “tasty news, updates on your favorite shows, chefs and more” — more as in the following:

Food Network created the new Web site exclusively for fans looking to get the latest news on their Food Network programs, star happenings and food trends. Via the site, fans can download I Love icons for their Web pages, phones, and more, as well as send e-cards to friends and follow the network on Facebook and Twitter. Also, fans can enter for a chance to win an I Love Food Network T-shirt. 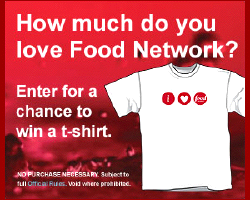 The FN fansite, then, is a “mockblog” — please don’t confuse with a mockumentary — whose articles come from anonymous contributors — people whose names do not appear at all… People who probably work at or for the Food Network itself, maybe…?

What can you do at their fansite? Let’s see… You can… tell FN how much viewers love the network or specific shows! You can… send your buds FN eCards!

Will FN fans choose this schlock over good, independent writing?

Let’s hope for discernment among viewers. Will they remember their Clash, that “phoney Beatlemania has bitten the dust“… How long, oh, how long will it take to see through “I Love Food Network Fansite”?