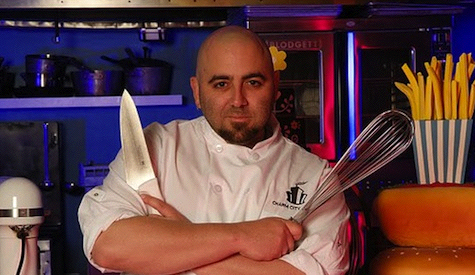 YouTube is loaded with low budget (and some hi-budget) how to cooking videos. Just look up sushi and you’ll get a huge list of helpful videos. Come July 2nd, you’ll also be able to tap into HUNGRY, a Food Network and Cooking Channel dedicated channel on YouTube. The Associated Press reported that the channel will go live on July 2nd with how to and celebrity food and cooking videos.

At launch, videos will stick mostly with YouTube convention, running one to three minutes, with new episodes posted weekly. [Bruce]Seidel said they also are eager to explore longer format videos. By the end of the summer, the channel hopes to have close to a dozen series, all produced in partnership with multimedia studio Electus, which is responsible for the channel’s content.

“Basically, the cooking show on television is almost dead,” he said. “When you look at the programming on any kind of cable food channel, you kind of find that everything is being replaced by travelogues, competition, reality. There is not a lot of instruction.”

That’s something Super Chef has been reporting on for years. YouTube’s ability to promote a simple two-minute video on how to roast a chicken — something simply not done on network television — is just as alluring as creating content that pushes boundaries, Goldman said.

The new channel can adapt quickly to trends, small segments of the eating public already looking for content on YouTube. Will HUNGRY spell the end of cooking shows on TV? With many viewers using PDAs and small screens –a one to three-minute video fits in perfectly. Click here to read the entire article.