Disco Soup with Feeding the 5000

You don’t need to dig out your spandex or sequins for Disco Soup.

More than 1,200 kilos of food that would have otherwise been wasted will be rescued, prepared and shared amongst hundreds of participants, with surplus of food donated to the Food Bank for New York City and redistributed to a network of charities.

According to their press release the Disco Soup movement started in Germany but then really took off in, where else, Paris in October 2012, and then quickly spread to 14 cities in France and then internationally to Holland, Belgium, Canada, Colombia and South Korea. 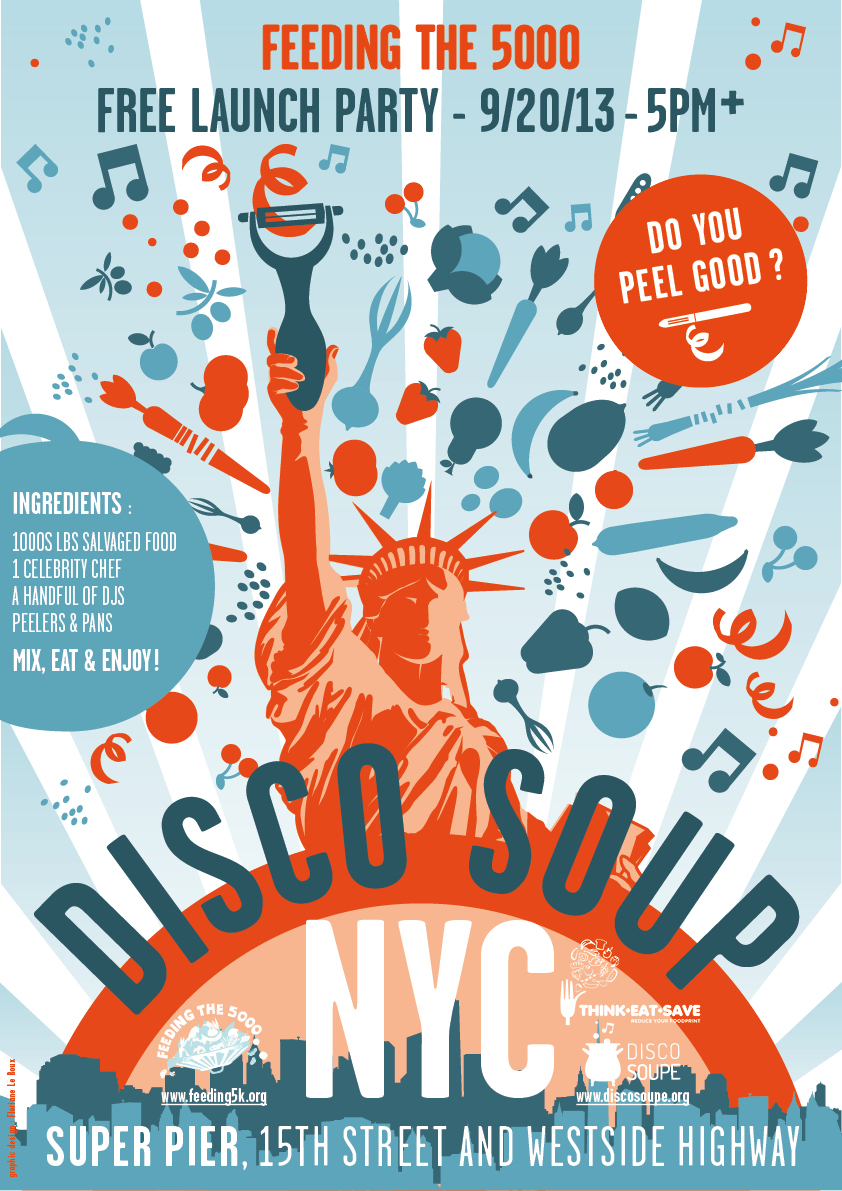 Feeding the 5000 is a campaign that aims to empower and inspire the global community to enact positive solutions to the global issue of food waste. It works globally in partnership with the UN Environment Programme (UNEP).

How does the Disco music fit in?

The meal will be prepared to music provided by DJs, encouraging a dance celebration while teams work to create the “Disco Soup” and “Disco Salad”.

How do chefs fit in? Feeding the 5000 director, Tristram Stuart is partnering with Paul Gerard, Chef and Owner of Exchange Alley in New York. They will lead an effort gleaning misshapen or damaged fruits and vegetables from area farms. Considering that 40% of food goes uneaten in the US, equivalent to approximately 100 billion pounds of food a year, 3000 pounds per second, that shouldn’t prove to be a hard task.

If you want to find out more or participate and support the effort, click here.