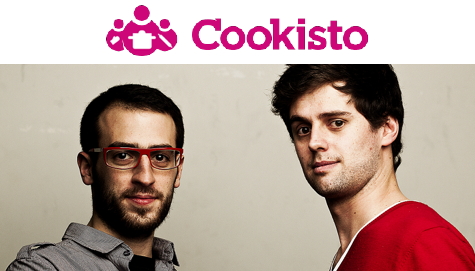 What’s the next threat to restaurants, fast food outlets and supermarket ready meals?

Cookisto.com is all about home cooking — and it’s taking home cooking’s leftovers to another level.

The BBC recently reported on the popularity of Cookisto.com in Greece.

Office workers, students and busy parents are connecting online with local cooks – anybody who loves cooking and can do it well – who provide them with a meal for less than they would be likely to pay anywhere else. In Athens, the price is usually between three and four euros (£2.50 to £3.40).

Cookisto has spread to London and you can bet that it will cross the pond before you can say, “What’s for dinner?”

All those cooks who donate recipes to their church or school cookbook – and are known for their lasagna, kofte or stuffed vegetables– can sign up to sell portions to their neighbors. Rather then buy packaged supermarket food to reheat at home or get take-out, Cookisto provides real meals without a lot of planning or effort. The only thing you have to do to participate is cook extra, set a price, and get that meal portion to a hungry neighbor.

The article goes on to say that Cookisto is part of a worldwide movement that bypasses traditional outlets:

Cookisto joins the likes of Airbnb (bed and breakfast), Lyft (ride-sharing), Liquidspace (space rental) and Taskrabbit (deliveries and errands) – all occupiers of this online space where trust and online credibility is crucial to success.

Add to that list city bicycle or car sharing, vacation house sharing, etc., and you get the idea of how big the movement is.

Super Chef turned for answers to Nikki Finnemore, Head of Marketing for the UK launch of Cookisto.

Super Chef: Who is leading Cookisto in the London expansion?
Nikki Finnemore: Michalis Gkontas, the CEO and Co-Founder (the other Co-Founder is the COO, Petros Pitsilis) has come over to London so he and I are based here. Petros (COO), Yannis (Marketing), Dimosthenis and Dimitris (the Development Team) are in Athens.

Super Chef: When is the start date for London?
Nikki Finnemore: The UK website will be live at the end of next week and although we’re focusing on London signups have been country wide.
London today and then…watch this space. 🙂

Super Chef: Is the plan to add more British cities, and then more in Europe, before the rest of the world?
Nikki Finnemore: We have been approached by people from all over the world and we certainly do have global aspirations.
Our seed funding was lead by investor Leon Yohai (Zulu Trade), €200k. Cookisto has sparked the interest of investors, particularly those in the peer-to-peer marketplace arena, we’re pretty chuffed.

Super Chef: Is there a fee that foodies pay to either sign up or each time they do a deal?
Nikki Finnemore: Sign up is completely free and Cookisto takes a 15% fee from each order.

Super Chef: How do people make the food transfer? In the US, many people wouldn’t meet anyone selling something off Craigslist by alone.
Nikki Finnemore: We leave delivery and collection arrangements to the home cook and foodie to co-ordinate.
I think you’re not alone in your reservations. I think that is what makes a community marketplace like Cookisto or Airbnb so interesting is the way members rely on each other to offer reviews which truthfully represent each other.
In addition community marketplaces have many mechanisms that add trust including mobile phone verification, connection to other social network accounts (such as Facebook and Twitter) and credit card (payment method) verification, which Craigslist doesn’t have.

Super Chef: Are there any tax issues you’ve had to work out for either Greece or London – or is there no problem since this is an online transaction?
Nikki Finnemore: Similarly to other peer-to-peer marketplaces (like Airbnb and Task Rabbit) we merely provide a platform for home cooks and foodies to meet, so those aren’t an issue for us.

Super Chef: Are people marking their products with labels like “glutton-free,” “vegan,” “vegetarian” or “peanut-free,” “GMO free” etc.? Do they list their ingredients at all?
Nikki Finnemore: Yes, there are options when adding meals to add labels to describe products.