The hottest ticket in May in Lost Angeles is for an exclusive cooking class on “nose to tail eating,” given by the extraordinary chef: Fergus Henderson at Ciudad.

What makes the class even more special is that he will be cooking and talking with Mary Sue Milliken and Susan Feniger, two of America’s best cooking teachers.

That’s on top of the lunch and menu book that is included. The event has been so well received, that Ciudad will also accommodate more students for a viewing-only option.

Fergus Henderson is on a world tour in advance of the opening of his new hotel, the St. John in Leicester Square, London, this summer. 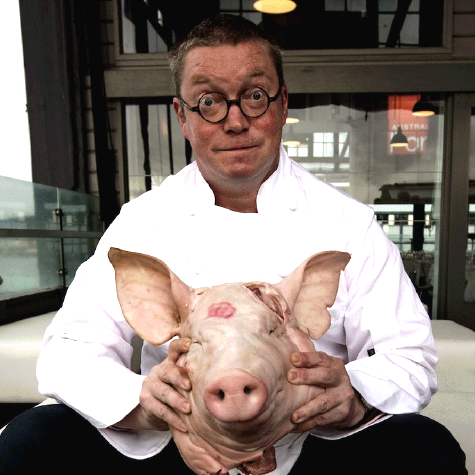 Mary Sue told Super Chef how the event came to her restaurant, Ciudad: 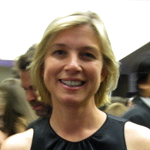 He is opening a hotel in June in Soho. He already is chef of St. John’s Bar & Restaurant and St. John Bread & Wine. His partner Trevor [Gulliver]] emailed that they are going to go for a tour around the world. For this leg of the trip, they want to spread the world about their hotel. We were just going to have a dinner. I asked Fergus what they wanted. We were both in Dublin, doing cooking classes. He had done one the week before at the same school. I got this idea. He is such an icon for cooks. For a lot of us chefs his approach makes such sense, when he talks about food it makes sense… It’s like an architect, they are thinkers, they really think about things a lot. Many of us barrel through life not being quite so thoughtful. So I suggested a cooking class. It filled up fast. We are going to room for 65 sit down students and standing room for more people who just want to listen to his lecture.

If you are lucky enough to score a ticket, please post here and share with Super Chef readers.