Where are chefs and restaurateurs finding new employees?

How has recruiting changed in the last decade?

Super Chef looks at two hot markets, Los Angeles and Washington, for insight into how executive hunt for chefs.

Like many restaurant groups, Capital Restaurant Concepts relies in part on its own staff to recommend new staff. 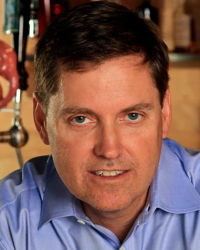 Thomas Gregg, Capital Restaurant Concepts’ new CEO says, “We’ve been here for 30 years. Some of our chefs want to come back. We look for someone who was with us in the past who we liked, who is willing to come back. We have done very well bringing back our successful chef from past.”

A challenge to recommendations comes from fewer foreign chefs doing stages in American restaurants. Gregg says, “It used to be that these young chefs wanted to come over, they work hard to get their green cards, so that was a good sources for recruitment. Now, it’s hard to do that.”

Another method restaurants rely on to hire new staff is to promote hourly wageworkers up through the ranks.

However, internal promotion can be tough in a city like Washington, DC, where living costs are high and cooks are looking to maximize hours paid. 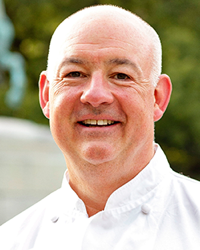 But convincing cooks to switch from hour wages to salary can be tough:

As line cooks, they work two jobs and maximize their earning potential. As sous chefs, they can’t work two jobs. Instead, they get benefits and more consistent money, but… benefits like health insurance don’t matter that much to them. We have been aggressive. We have good incentives in our company, including quarterly bonuses, transportation assistance, hiring bonuses, and continuing education.

Tunks notes that while he graduated from the CIA at 21, recent graduates are a bit older, often in their mid-20s, married, and paying off both a college BA and CIA tuition. “They are trying to grab the brass ring too quickly and skip steps. You can’t blame them when they spent $60,000 for an education, and they are getting paid $13-$15 an hour as a cook. But you miss a lot of the fundamental experience that isn’t in the classroom when you move up too fast.”

Which sites to executives use?

Tunks uses Craigslist, though he has used search firms as well to fill positions.

Gregg uses Craigslist, too. Why? “Craigslist costs only $25. You can put out a lot of Craigslist ads for a lot of days that equal the cost of one recruiter.”

Others shun Craigslist, LinkedIn and similar websites and job boards.

Brian Cooke, director of Culinary for Public House Investments, LLC, which owns and operates City Tap House and other restaurant concepts in DC, Philadelphia, and New York City, says, “Craigslist is a needle in a haystack. You need someone to sift through it. Chefs often reply without cover letters. Honestly, it is not a great process. It is hard to deal with chefs: they are disorganized.”

Chef Guillermo Pernot of Cuba Libre agrees with Cooke. “With Craigslist you get so much stuff you don’t want. When you decide on that one resume in a hundred, the person has applied to three or four other places and taken something else.” He went on, “You have to move quickly to make an offer, and then figure out if [the candidate] works out. We go through a due diligence process. But lately we move more quickly: hire first and check out afterwards.”

Most chef and restaurateurs Super Chef spoke with admitted to using recruiters, at least some of the time.

JW Bibbins of The Chef Agency says, “They [employers] don’t have time. We screen the candidates, evaluate their skill sets, and find a cultural match. We get to know our clients. A chef who is opening up a restaurant has so much to do. We take the work off their plate.” His colleague, Philis Fraschilla added, “All they need to do is interview – the only thing they do: that alleviates some of the work load for them.”

So what do recruiters do to find candidates? And how do they help those candidates find jobs that fit them?

Many recruiters use the same resources: word of mouth, websites, job boards, returning candidates, and referrals.

What recruiters offer is to do the work of finding the right candidate for the restaurant when they need them.

Dan Danhi of dd factor based in Los Angeles explains, “We want to make a ‘love connection.’ Anyone can ‘do’ a job. We ask: do the personalities match? After all, you spend more time at the restaurant than with your family.” 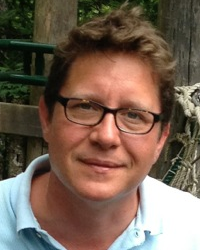 Capital Restaurant Resources‘ Chris Floyd, himself CIA graduate, visits the school to interview candidates at job fairs. He looks for a select few: namely, the 5% of graduates with management experience. He meets every candidate in person to evaluate him or her.

Floyd advises candidates to do their homework:

If you want to work in fine dining, then go for jobs in fine dining. You need to be able to express why you want to work there. You can come to the recruiter and say, ‘I don’t know what I want.’ But when you go to the interview, you need to say what you want. Do your homework! Know whom you are interviewing with. It’s like dating. Both sides have to show interest to make it work.”

He helps job seekers present themselves in the best possible way.

And those 50 new restaurants in Washington, DC?