Oscar buzz is in the air. Since there is no special category for movie food and cooking, consider creating your own. The fried chicken in The Help? (see Super Chef‘s article about how Arlington, VA’s Chef David Guas‘ was inspired. Or perhaps you should just go to another movie premier for some real food. 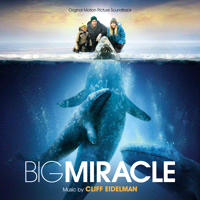 Another DC-area chef, Robert Wiedmaier, is putting on a feast for the opening of the Big Miracle attended by the movie’s star, Drew Barrymore, on Wednesday, January 25th.

What better dish to serve for a movie set in Alaska about the rescue of grey whales then Alaskan seafood? From the press release:

NBC Universal’s rescue adventure “Big Miracle” was filmed in Alaska, and it should be no surprise that the state will be strutting its stuff at the after party following the film’s world premiere, which is co-hosted by NBC Universal and the Tragedy Assistance Program for Survivors (TAPS). Telos and the Big Miracle Host Committee are presenting the event to benefit TAPS, a nonprofit organization founded in Alaska by bereaved military families which provides comfort and care to anyone grieving the death of someone who served in the military.